Most of my son’s life is a drill. He’s eight, which is an age that would be a constant learning experience for any child. But Lucas is non-verbal with autism, so it can compound those teachable moments ten-fold.

Between school and home, he’s always being prepped for the next time he’s out, about, and surrounded by important choices. We find ourselves creating situations that could mimic the real world.

Whether it come to food, we are always making him “request”. Grabbing would be easier for both him and for me. After all, it’s his house. Grab what you want, kiddo. To paraphrase John Belushi in Animal House, “it don’t cost nuthin’.”

The reason we do this is for those times that we do venture outside the house and into the so-called real world. It’s for those moments where life is more than a drill and actually something we’re living.

Lucas can’t run through TGIFridays and snatch random mozzarella sticks from random people. He can’t chug every cup at Starbucks or steal candy from the mouths of babies in strollers. Even beyond that, if he’s stopped, he can’t throw himself on the ground and freak out in frustrated anger. None of those things are acceptable.

All of them, however, are very real possibilities. When I wrote a post way back when about his propensity for sipping unguarded coffee cups, I was reminded of this by a number of commenters on Facebook. They wanted to make sure I was aware that it wasn’t “cute” and that he could end up in jail. For some reason, they seemed to think that I didn’t get it.

It’s a fear that lives within me every day. I worry about him stealing from others or making other children upset. Perhaps even less altruistic than that, I worry about him putting his pristine lips on the straws of random dirty strangers. I’m not talking about you. You’re probably clean. I mean those other strangers. You get what I’m saying.

So, I try to teach him every step of the way. It makes meals harder and life somewhat tedious. A bowl of french fries, even a communal one placed in the center of the table, becomes a step by step task of, “What do you want? Show me. Show me more.” Then, after he calmly taps his fist together to ask, I will give him a single fry, make him wait a few seconds, and repeat the whole process.

It takes forever and, believe me, it doesn’t have to. In fact, if left to his own devices, he would take that basket of fries, turn that thing sideways, and pour it right down his gullet like a pelican. He’d down it all – fries, ketchup, wax paper napkin they line the basket with – all of it. It would take him ten seconds.

Instead, it takes us an hour. That’s by design. It’s to learn patience and manners. It’s to show him that the rules, as annoying as they can be, apply to him too. Just because we have what some might see as an “excuse” doesn’t mean he doesn’t need to learn.

Does that mean he doesn’t have his moments? No. He slips up, just as we all do. There will be times where his impulses get the better of him. That’s OK. It’s my job to minimize those moments and show him the right path to take when he’s able to focus.

A trip to the bowling alley with friends or a group of people in our dining room for pizza can be a challenge. I remember the days of holding his arms down and wrapping a leg around his waist to keep him on my lap. Friends and family would assure me that “it’s OK” and, since they’re all pretty cool, it would be. But there would be another day when we’re around other people and it won’t be. Those are the people who wouldn’t be cool and those are the times when it won’t be OK. When that time comes, I can’t sit him down and say, “Hey. Lucas. These guys are going to be mad if you steal their food. So, you can’t grab it from them like you do with our cool friends.”

No. If he could make that distinction, then our lives would be very different. Instead, he needs to learn and that means going above and beyond in situations where we might otherwise want to give him a free pass. Teaching him the rules of life means very little free passes. It’s about repetition, persistence, and understanding.

It’s not as hard as it seems, but it’s as time-consuming as it seems. In fact, it’s even more time consuming than it seems. Still, it’s the most important thing when it comes to making him a part of society, social circles, and the “real world.”

It eliminates stares, tears, and tantrums over time. It allows him to be part of a group and it allows others to get to know what a wonderful boy he is. They see the real Lucas. It was a struggle to get there. Slowly, but surely though, we are.

Not only does it make him a better person, but it makes him proud. I see it in his eyes and the smile on his face. And that makes all that extra time we take worth every second. 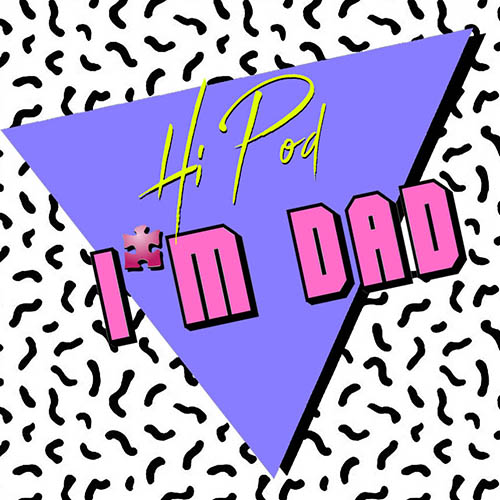