I must have been around six years old when I met Tony. I was sitting at the Friendly’s counter, eating whatever it is that Friendly’s claimed was food. It probably had a cone on it.

He was gregarious, laughing and joking with all around him. Since I was with grownups, it was O.K. to talk to him and he came off unlike any grown ups I had ever known. It was almost as if he was on stage. People were laughing and joking right along with him.

Like most childhood memories, the specifics get hazy, but certain parts stand out. I always remember that the waitress came by, in the midst of Tony’s one man show, and explained that his order would be delayed. Apparently, they had burnt his toast and were going to make him a new one. This news did not stop his routine. With all the gusto of an auctioneer, he bellowed out.

Nah! Bring it to me! I love burnt toast! They burn my toast and I eat it! People say, “Burnt Toast!” and I say “Give me that burnt toast!”

The show continued as he devoured his overdone bread, told stories from his time in the army, and entertained all in his general vicinity. I always remembered that morning as it was the most fun I had ever had at Friendly’s.

I would see Tony now and again as I walked through the main part of town. For a brief while, we said hello to him but, over time, we didn’t. I would call him the “Tony, the burnt toast man” and point him out whenever he would be around. Soon, I was told not to point. 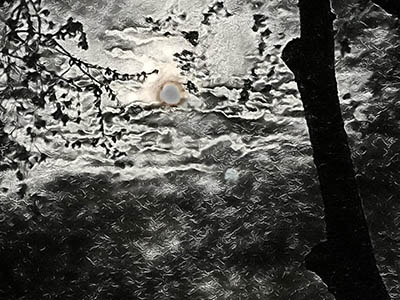 Slowly, Tony’s friendly Friendly’s demeanor started to fade. You could see it as he wandered around and, it appeared like he was always wearing the same clothes. Over time, it became common to see him sitting against a building and staring straight ahead. I was told that I should stay away from him. Most people seemed to keep their distance.

By the time I was in high school, it was common to see Tony running through the streets and screaming at the passing cars. His beard, which was trimmed and neat when I was a kid, was now long and unkempt. The issues that were prevalent went from a quiet whisper to a full-blown common understanding. Tony was homeless and, through the years, had succumb to mental illness. He had become somewhat infamous in our neighborhood. To me, though, he was always the burnt toast man.

It may hit some people harder than others, but mental illness is real. It affects so many and, for so many of those, they suffer in silence. Since it is so deeply personal, it isn’t unheard of to have a loved one or even someone willing to share countless other stories from their life, to quietly struggle with it themselves. It’s out there in some of the most unexpected places.

It affects how people live and who people are. It colors how they see the world and the ways they interact with those around them. Things that might seem simple to some might be harder to them. Things that seem hard to some, might be damn near impossible.

That’s rattled through my head a lot, especially as it relates to these “trying times”. When I see people dismissing the difficulties some have with being socially distant, I try to remember that it can feel like a death sentence to some suffering in silence.

Make no mistake, we’re not all in the same boat. I know we like to say that, but it couldn’t be further from the truth. Sure, it’s easy to notice when pointing at a celebrity, crying in her cereal because she misses sushi. Class separation is obvious. This isn’t.

It’s harder to see when you’re dealing with your neighbor. Identical houses in identical places under seemingly identical social pressures can fool you into believing that you share a boat. You don’t. Your mind and how it works might be miles away from how theirs works. You might be in a boat. They might be desperately clinging to a piece of driftwood and disappearing into the horizon.

This is the point where I’m supposed to tell you to check on your friends. I’m not going to. That’s not the point of what I’m saying. You can’t fix someone’s mental struggles or take away their internal pain. That’s not your job. Some people, no matter how good you think they have it or how many people “check in”, might never find a way to even out unless they do it themselves.

What I will say is to be more patient with each other. Remember that we’re not all the same. You don’t know who is going through what and why. So whatever your situation is, no matter how universal it might feel, know that it’s different for almost everyone. Know that you might never know who has it the worst and the smiles you see might be painted on for your benefit.

Know that the happiest guy at Friendly’s might be the most tortured soul in town. Have compassion. You might not be able to save the world, but you’ll be surprised at the effect it could have on someone you never even expect.