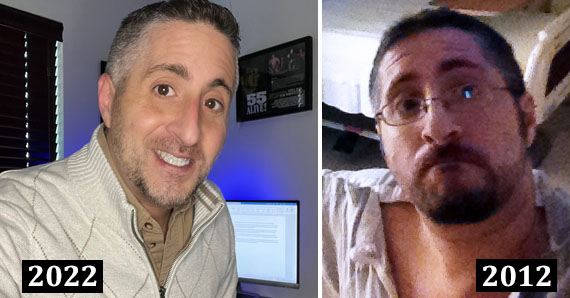 I write about family. I write about the ways in which unexpected moments can be handled as they come and how love conquers all.

To many, though, I write about strength. They read the stories, examine my life, and zero in on the toughest elements of it. My son is non-verbal with autism. I had a quintuple bypass at 35 years old. I don’t speak to the people I grew up around and I was divorced last year. Yet, I’m still here, skipping along on the sunny side of life. It’s a testament to strength, right?

Yeah. OK. I can see that. It’s about strength.

I say that with a tinge of uncertainty in my delivery because, unlike these polished stories that I present behind velvet ropes twice a week, I was there as they unfolded. When the sausage was made, so to speak, I saw it happen. The result may be a story of strength. The road to get there, however, was fraught with potholes, pain, and self-doubt.

When my son was diagnosed, I didn’t take it well. That’s the truth. Just around two, Lucas hadn’t spoken yet. As the first to notice and vocalize the warning signs I saw, I felt responsible for this unexpected twist in his story. To others, I was to blame simply for being his father.

Years later, I know that no one is to blame for my kid because my kid’s the freakin’ best. The blame wasn’t just misdirected but unneeded. Most of the people searching for someone or something to point to when it came to my son’s perceived shortcomings had shortcomings of their own that you could drive a bus through.

Hindsight makes geniuses of us all, though. The truth is that as it played out, the situation was devastating. Everything went on autopilot. Everything was a haze.

Keep in mind, I was still recovering from heart surgery at the time. So, my issues were compounded greatly. The irony that was my life went from a doctor in the hospital saying, “OK, now don’t have any stress“ to an autism diagnosis and family members disappearing. It was like winning one of those gag prizes on Price Is Right. I could hear the music as the host yells out, “Uh oh, you’ve won more stress!”

I played a lot of Call of Duty around that time, although I wouldn’t call myself a “gamer”. I occasionally play games, mostly when using my exercise bike, but during those few months, I was plugged in all day. Something about the ten-minute bursts of gameplay mixed with the ability to go after real people, living lives I assumed were better than my own, passed the time for me. From dawn until dusk, I clocked out of reality and clocked into Xbox. Watch out, campers. Nuke Town’s my terrain.

There was a steady stream of self-loathing, darkness, and despair on levels I hadn’t yet experienced, which says a lot. Whether it was my genetics or not, he was my son. He never asked to be born and I made that decision for him. Now, his life was going to be harder. It was my responsibility to do everything I can to help him.

And that’s what made me stand back up, dust myself off, and log out of the Free-For-All game lobby. My kid needed me. I made him. I owe him.

That’s how “strength” is born. It’s what you become when you’re done being the opposite. Once the grieving process is over, whether for a person or a situation, you need to bounce back. You owe it to your kid and, if you’re not sad because of a parenting thing, you owe it to yourself.

Admittedly, getting back up is the trick. We say it like a motto and expect the world to go, “Oh yeah. I should do that. Let me stand up.” Things don’t work that way. It’s hard. As someone with my own mental issues, I understand that quite well. Let me be clear on one thing that helped me and hopefully, if you’re struggling with your issues, it will help you too. You don’t earn anything by being sad.

It feels like you are, though. That pain of self-flogging feels good, in a weird way, like a universal justice reigning down on you. You’re weathering storms and taking your lumps. This is the atonement for all your sins. Feel bad that your kid might have special needs? Stop eating. You’ll feel punished. I do whenever I stop.

But, in the end, it doesn’t work. He still had special needs. My heart was still a cause for concern. People were still gone and life changes still had to be made. Life moves on and you can either go with it or get dragged down the road kicking and screaming. It’s ok to wallow in the pool of despair, but don’t build yourself a house there. You’ll drown.

No matter what you do, the “problems” will persist. You may fear your hand in life, but this isn’t real poker. No one is giving you a new set of cards. There’s only one way to solve your problems. Stop seeing them as problems. See them as life and figure out the role they play in your world. 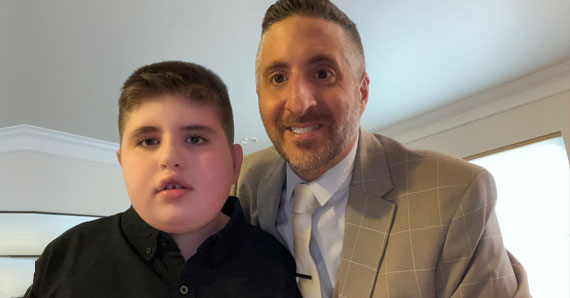 My son is eleven years old and non-verbal with care most likely needed for his entire life. There was a time when that would have been the most terrifying sentence I could ever imagine saying. Today, I say it. I don’t say it is a cry for pity or a sad mantra. I say it as a fact. It’s who he is and he’s part of my life. I say that.

I also say that my son is great. Autism is a part of his personality and his personality is amazing. I love him as much as I love his sister. That’s why I was so devastated at first and shouldn’t feel shame for that. I wanted the best for him and, upon being told that he might have a hard road in life, I was sad for him out of fear. All I want is the best life he can live. Back then, I didn’t yet know him as a person.

Today, I know who he is and I’m so grateful that he’s in our life. There’s always a light waiting for you at the end. You just never see it until you dig out of that hole.

5 MISCONCEPTIONS ABOUT MY CHILD’S AUTISM

Every Friday on HIPODIMDAD.COM and wherever you get your podcasts.