As a kid, you’re expected to do a lot of miserable things. It’s all part of growing up and learning responsibility. Yet, things like eating vegetables and studying hard in school pale in comparison to the most abundant, annoying, and seemingly simple lesson of all – getting up in the morning.

It sounds ridiculous, but waking up for school, work, or any responsibilities in my younger years was hell on Earth. I remember opening my eyes with the bed sheets raveled around me and praying for something – anything – to stop my day. I’d construct intricate mental scenarios that involved wild dogs holding my classroom hostage. Laying in bed, drifting in and out of sleep, I’d silently hope for the worst so that I could spend the day in bed.

Today, I think back on those mornings and want to say, “Oh, but I eventually got up anyway.” Sadly, that’s not really true. I’ve slept in and missed more than a few things during my younger years. It was more than just a desire to stay in bed, but more about my absolute certainty that I just wouldn’t be able to function if I did. 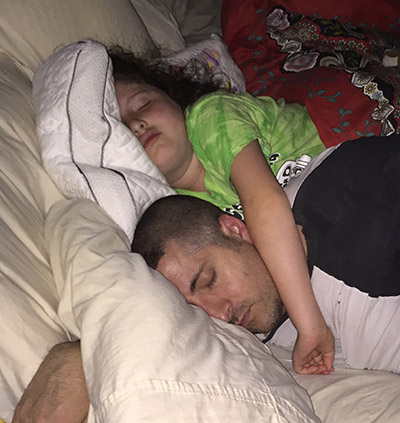 Sure, most times, I got up but I also had to almost literally drag myself from bed. I’d wander around in a daze, tripping over shoes and misplacing my keys, before eventually stumbling my way into the world like an extra on the Walking Dead. It wasn’t until hours later that I was finally able to get my wits about me and stir the oatmeal that was my brain.

When the thought of having kids came up, everyone warned me that this would change. I heard from the same people who, upon hearing I was engaged, would give me that sarcastic eyebrow and exclaim, “Married? Uh, oh! Run! Look out! Don’t do it! Ha ha ha!” Only now, with my wedding in the rear view mirror, they offered a new piece of advice.

So I tried. I really did. I can vividly recall laying in bed in our old basement apartment, years before children ever came into our lives, listening to the awful kid who lived upstairs screaming at his parents that he needs “more tissues” for some unknown reason, and thinking, “I have to sleep. In a few years, I’ll never sleep again.”

Of course, that’s impossible. Your body doesn’t store sleep so you end up just doing what you were doing. So I did. I just kept getting the same amount of shut-eye that I had been getting the whole time. I was up when I wanted to be, asleep when I wanted to be, and the most important part of my morning routine was getting coffee in my head. Everything else was pointless.

That’s a big sticking point for non-morning people. They make mugs that warn people about staying away “before my coffee”. There are t-shirts and kitchen magnets singing the praises about the best part of waking up. No one could talk to me before I had that Folgers in my cup.

Of course, that was over a decade ago. To be honest, it might as well be a century.

This was before the kids showed up like little terrorists of Dreamland. Suddenly, keeping my eyes closed for as long as I want to, whenever I want to, was no longer an option. There were things – so many things – that seemed to need my attention at all hours of the night.

I remember the first time I was woken up from a dead sleep because my daughter threw up all over her bed. It was like the perfect storm of miserable parenthood. Not only were my wife and I tasked with consoling her, medicating her, and then changing her sheets at two in the morning, but we also got to do it all again immediately when she threw up on the freshly made bed within seconds.

You want to scream, but you can’t. That scars them for life and they eventually bring it up at Thanksgiving when they’re 30. So, you sit there and smile. I remember feeling like I was on an episode of Punk’d. I was waiting for Ashton Kutcher to come running into her room and yelling, “We got you, Daddy! Ha! Your friend, God, set you up!” 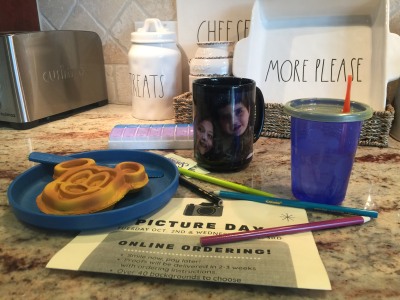 Those kids altered my morning routine and turned it from selfish to selfless in no time. Suddenly, snooze buttons were no longer an option. On the occasions that they didn’t wake me up in the dead of night with cries, screams, pukes, and other assorted horror movie sounds, there was the responsibility of just getting up at all.

Of course, adulthood brings with it many responsibilities that last for the duration of the day. I’ve gotten up, buttoned my shirt, and pretended to care about someone else’s business for eight hours a day much like all of us have. It’s the same schedule as high school, only it’s harder to talk your way out of missing the opening bell. You don’t get to snooze like you used to once you reach a point where hitting the button negatively impacts your family.

What I never realized before I became “Dad” is that this lifestyle is more than a weekday thing. When you have children, you never sleep late again. Ever. Weekends, holidays, good days, bad days, all days – you are up bright and early. At most, you might get a birthday or a Father’s Day to “sleep in”, which really means 8:30 at most before you wearily open your eyes to a kid standing a foot away from your face.

This is going to continue for the next century or so and I’m OK with that. One day, I won’t have as many morning responsibilities keeping me from my bed or coffee. I realize that when that day comes, I’ll probably be sad and nostalgic.

But then again, I’ll also be rested.