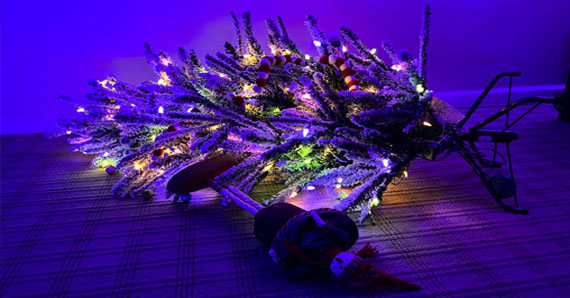 It’s been a long December. At many points of it, I didn’t think I would survive.

In October, I left my job to begin, what I thought, was my dream job. My ship had come in.

And, with that, we kicked off the holiday season. Suddenly, my income dropped to nothing. My unemployment benefits, which had to be claimed from another state, were so wrapped up in red tape that I still haven’t gotten them. No one was in the office. No one was hiring. I was stunned. I have been through a divorce, quintuple bypass, and other challenges in life, but I can honestly say, this was the worst thing that ever happened to me.

My brain began to seriously contemplate if I would be homeless in January. I pictured the grim possibility of living in my car. Then, I suddenly didn’t have to worry about that anymore.

Because my car died.

Yup. Lights on, smoke from the hood, and all the rest. My trusted chariot came to a sudden stop halfway across Long Island and I had to start-stop it all the way back to my hometown mechanic with the hazards on. I thought it might blow up, but didn’t really care. That’s where my head was.

I remember walking back after dropping it off, stopping at a Dairy Queen for the first time in my life, and eating a cup of ice cream like a nine-year-old as I trotted along the busy highway. I thought, “This would be a good time to just become a drifter.” That was a dark day, but I was surprisingly alright given the circumstances.

Honestly, aside from a few frightened moments, I handled these insane elbow drops from the universe bizarrely well. It worried me at first. Maybe I was numb. Maybe I was exhausted. Maybe I was broken. Whatever happened, I was okay.

Full disclosure, I had some very real concerns for my health. The last thing my heart needed was stress and I remembered that. My brain, however, never stopped working. I constructed plans and timelines. I had backup strategies and alternate ideas. I knew what I had to do. I put my head down and did it. I’m still doing it.

In the beginning, I tried to hide this living nightmare from my daughter. With the holidays approaching, I didn’t want her to fret about Christmas or about the family in general. At 14, she’s just starting to really interact with the world as a young adult. In many ways, though, I still viewed her as my toddler. I still wanted to protect her. I was also aware that I sometimes do that too much.

Initially, I kept it quiet because, as of that point, she needed to know that nothing would change. Christmas still was going to be Christmas and it was. I worked three different freelance jobs to ensure that would happen. She got the top two presents on her list and my son Lucas is the proud owner of shiny Air Jordans. Santa came. We had ham.  Our elf on a shelf went crazy on a legendary scale. This is us. This is Christmas.

I just threw some tinsel on everything and didn’t look at the balance when using the ATM. This wasn’t about that. It was about making memories. I loved this holiday season. The best decision I made was to pretend everything was fine and celebrate, even as the yule blazed down all around me.

My whole life, Christmas had always been a stressful holiday for me. Dating back to childhood, my feelings for the festive season were fraught with depression and worry. Even the good years caused me strife.

I mean, think about it. Here I was, having the worst month of my life…and enjoying Christmas. In fact, I was enjoying everything. I wasn’t the person I thought I was or the person others claimed me to be. It was then that I knew my world was going to be different. I knew that I was different.

In fact, things were different across the board. I eventually told my daughter about all that was going on. I assured her that I would take care of it and there was nothing to worry about. The only request I had was that she needed to be understanding about money and transportation in the meantime. I told her that I would do my best to do it all, though, if I could. 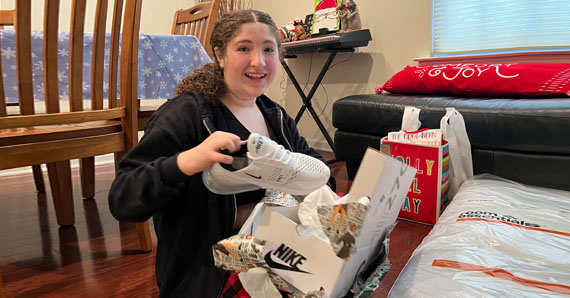 This was a big step. Like I said, I see her as a toddler. Because of this, there are times that I consciously baby her. Revealing that her father wasn’t superhuman, for the first time in her life, put us on a more even level. It was a level we should be on going forward. It was something that never would have happened without the challenges that had been placed in our laps.

Her reaction in the weeks that followed made me ridiculously proud. I would ask if she was out of something like shampoo and she would say, “Yes. But it is okay if we can’t get it right away or if you want me to get it.” She stopped asking for take-out food every time she got in the car. Her texts to me were longer and, I could tell, she was sympathizing with my struggle. She was being a friend when she thought I most needed one. This is one of the proudest paragraphs I ever wrote and, six months ago, I wouldn’t have known if it was accurate. It is. She’s an amazing person and I love her with all my heart.

This dire situation and her approach to it fundamentally changed our relationship. I had been underestimating her emotional intelligence for years. Now, in practice, I could see it firsthand. She’s a caring person who handles challenges. That is the person that I have always tried to be.

I never would have known this without my life imploding at the end of 2022. The worst thing that ever happened to me also had a silver lining. It gave me the chance to understand who I am, the things I am capable of, and the strength of the people closest to me.

Hard times show us who we are. That question of what you would do in situations like these can never truly be answered until you live through situations like these. They not only build character and prove points to yourself but shine a light around the room. They illuminate who is who. They give you insight into whether you can make it through the worst times.

Yesterday, I finally made it through the worst times.

After two months, I was offered an editor position with a company I had gone out of my way to apply for. It is where I want to be, doing what I want to do, and it pulled me from the abyss. The moment I accepted, I was able to breathe again for the first time since Halloween. There are things that still need to be done to rebalance the broken plates I had been spinning in autumn, but the sun is coming out. Just in time.

My body may ache a little bit. I still might be renting cars during the kids’ stays here for the next few weeks until things even out. My fridge may need restocking. However, my head is clearer than it ever has been and the world isn’t as daunting as it once seemed.

If we got through this, we can get through anything.

A SINGLE DAD’S SECRET TO RAISING A TEENAGE DAUGHTER