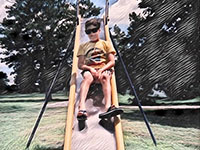 People tend to make a lot of assumptions about adults. They look at your grown-up version and attempt to piece together an origin story. Where did you come from? How did you evolve? What made you what you are?

In the absence of information, they will sometimes try to piece it together themselves. Those who hit rock bottom are assumed to have been sad children without any form of guidance. Societal judges lament over the crumbling family unit and how every criminal in every jail cell is from a broken home of broken dreams. It’s oh so obvious that no one ever cared for them.

On the flip side, they see an upstanding member of the community and they say things like, “Your parents did a great job with you.” Without knowing whether or not Johnny Touchdown even had parents to speak of, they immediately attribute his successes to these imagined individuals who not only raised him, but raised him to be unbelievable. Three cheers for Mr. and Mrs. Touchdown.

When you say it like that, it sounds ridiculous. Sure, the law of averages might dictate that many who have fallen down chutes come from dismal backgrounds while those ascending ladders were showered with affection. However, like any other stereotype or preconceived notion, that falls apart when you apply basic logic to it.

There are plenty of criminals who were given upbringings we can only dream of. Neighbors tell news reporters that they were “a good family”. In many cases, their siblings go on to be fine upstanding members of society. John Wilkes Booth, the man who shot Abraham Lincoln, had a brother who actually saved the life of Lincoln’s son years earlier at a train station. It’s true. Look it up. It’s my go-to piece of trivia. 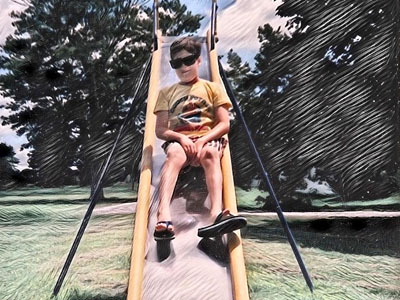 The fact of the matter is that you don’t need good role models in order to be a good role model. For some, being a great adult comes down to doing what you feel is right in your heart. It’s not about the people around you. It’s the person within you. Common values weren’t taught to you. Morals weren’t drilled into your head. You didn’t even get to watch someone else live them as an example. For many, being a quality adult can even be as simple as doing the opposite of what you knew to be true.

Some parents might not cut their kid’s meat at dinner just because someone did it when they were children. Sometimes they do it because they wish someone had. It’s about being the adult they wish was around when they needed one the most.

Of course, there are tons of people who fail miserably in this scenario. By the time they have children, they’re still mentally kids themselves and crying about what they missed out on. Rotten birthday presents and forgotten celebrations sting long after you cross over into adulthood. They can’t let go even though they know they should. They, sometimes inadvertently, pass it on to the next generation because they’re still resentful of the one before them.

The whole trick is to know you’re now the grown up, caregiver, or parent. It’s to realize that you no longer have to sit back and let the world happen to you and can dictate the path you’re on going forward. You may have felt like a prisoner in the home you grew up in, but you’re the adult in the one you inhabit now. You can choose to be whatever you want in this one. Sure, you can stay a prisoner. But you can also be a warden. Better yet…you can be a party host.

I don’t talk much about what came before my kids because my kids are all that matters to me now. Where I come from isn’t as important as who I am. I can rest easily knowing that I have created the life I want and, with each passing day, I try to make it the best I can for them and for me. Sure, I have to make alterations along the way. I may have to add or subtract elements and switch directions. But everything I do is happening in real time. My decisions are based on what is best for today and tomorrow, not what happened 30 years ago.

If I do all that, I know my kids will be happy and, if everything pans out, they’ll grow up to be amazing adults. Then, one day someone might meet my daughter, all grown up and doing good work, and say, “Your dad a great job with you.”