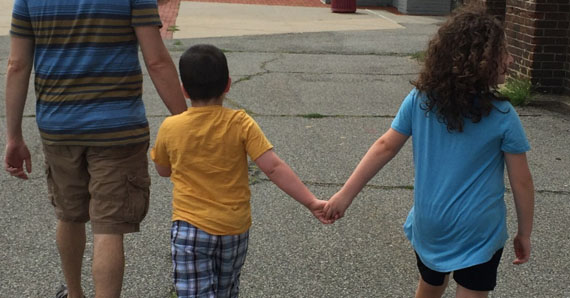 It all often feels thankless. It’s OK. We can say it between us. For a parent, raising kids can feel incredibly thankless.

Don’t get me wrong. You can get a forced “thank you” if you say something like, “Hey, say thank you.” They squeak out the words as if appreciation is too much payment for whatever free service you just did. It’s as if asking them for a tiny piece of acknowledgement is, in itself, equal to whatever massive thing you just did for your child. Spoiler alert – it’s completely not.

We’ve all dealt with it. It’s a 10pm Sunday pile of clothes dumped on the laundry room floor just as you finished the final load and a notification that, “I need my sweatshirt cleaned for school tomorrow.” It’s a dish, still coated in melted cheese and French fry smashings, dropped into a sink you are wrist deep in cleaning. It’s muddy footprints on a freshly washed floor. It’s like ten thousand spoons when all you need is your kid to put them away like you asked an hour ago!

Then there’s you – the parent. You watch as they walk away, oblivious to the fact that you’re doing all you can to keep the house from caving in and CPS from rushing through the door. No one thanks you for the lights being on. They just blame you when they’re not.

Through the years, the issues evolve, but the wondering if anyone is noticing never does. It transcends things like dishes and laundry. Maybe you’re dealing with problems at work, shadow boxing ghosts of regret in your head, or watching your marriage crumble silently before your eyes, all the while your child still throws a fit over an unstocked apple juice supply in the kitchen. You see red. You should see red. In that situation, anyone would.

You don’t put your fist through the wall, though. Sure, you imagine it. You imagine it in graphic detail with the splintered drywall crumbling from you knuckles as you pull your hand back from a fist sized hole. You want to lose your mind and scream from the rooftops. Sometimes, when no one is home, you do. 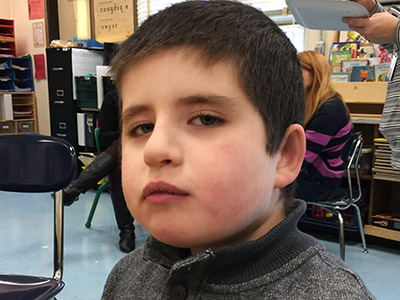 But your kid is here.  You can’t. You look down at the plate that just fell into the sink and, with all the even temperament of a decaffeinated monk, look your bouncing baby preteen in the face and dead-pan ask…

Are you being serious right now?

They look at you with that look, spit up a “sorry”, and walk away. You can feel their eyes rolling even with their back to you and take a deep breath. Let them walk off and mumble about how “mean” you were to call them out on that. They have no idea that you just went through an entire Incredible Hulk scenario in your mind.

Your parenting instincts just saved the world in that moment. If not for the maturity and calm that you’ve mastered since the day you became “grown up”, the house would be on fire and you would be there, a dishtowel tied around your head like a warrior, screaming from atop the rubble.

But no. You’re standing there washing dishes. Because you’re an adult and a parent. Parents wash dishes. Tarzan screams atop rubble.

This is the part where I say, “One day, though, they’ll realize and appreciate all you did.” Every story like this takes that turn. We pat each other on the back, talk about karma, and sing kumbaya. One day, your little one will be a big one and thank you for all the sacrifices you made.

I mean, anything can happen, right? They could thank you one day. You can have a big ceremony like Mr. Holland’s Opus and see a parade of appreciation greet you in the later years of your life. Your kids might sense all your heartache, triumph, and the ways in which you held it all together for their own good. Everything could come full circle. It is a definite possibility. I’d like to have that happen. Would be nice.

It might not, though. That’s something that every parent has to come to grips with. If not, you’re doing all this for a reward that no one ever promised you. That’s not why you do it. We do it because we made the choice to be parents and that’s what parents do. It’s not for some far-off gratitude that was never guaranteed to begin with.

Other parents see it, though. I see it in people I know and, believe it or not, many share that common sense of mental support. It’s why we share those memes purporting to “see” each other. They’re true. I see the parent struggling to be the best they can for their kids even when life is giving the worst it can to them. I see that parents holding it all together. Deep down, I know they see me too.

Run that laundry. Do the dishes. Wash the floor. Start again tomorrow. Parenting is a dirty job, but someone has to do it and we signed up. If no one else says thanks you for doing it, allow me to be the one to say…

Yeah, I know. No one thanks me either.

THE WORDS THAT KEPT ME CONTENT WITH BEING UNHAPPY