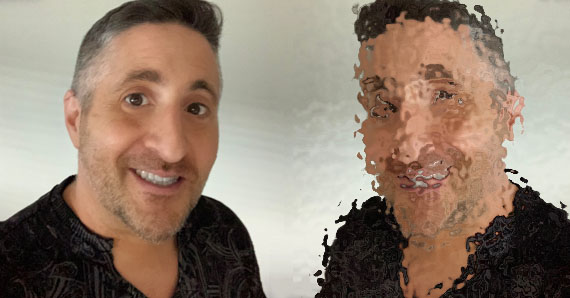 You lead by example, right? You show people what you want them to accomplish and they can follow you to the promise land. Shining castle on the hill type of stuff. Do as I say. Do as I do. Bask in my glory.

I want to be a good example to my children. In many ways, that’s why I want a perfect life, just like all the pretty people online. I see you on Facebook with your Tom Collins by the beach, tagging your friends and hashtagging your best foot forward. Things look pretty perfect over there. Green grass. Good job.

You might think the same thing about me. Have you seen my Instagram? It’s a lot of smiling. I smile a lot. They give you these filters that make your teeth whiter and your skin better. I don’t use them…all the time. It’s fun but really a sometimes thing like blocks of cheese at midnight.

I know other people use them sometimes too. Some of the perfect people out there post pictures that look like moon-swept cartoon characters, complete with Disney Princess eyes and inexplicable reindeer noses. Sure, they might resemble chipmunks, but they’re perfect chipmunks. Alvin, Simon, and perfect Theodore.

My life looks pretty perfect too, right? I want you to see that it is. I only take pictures of the best moments and only share the best pictures from those best moments. If it wasn’t for this blog where I often dip into some serious stuff, you’d think I was zipadeedoodahing my face off over here.

Look at my kids. Look at my house. Look at this cool bird I saw yesterday. I’m doing good. So are you, right? 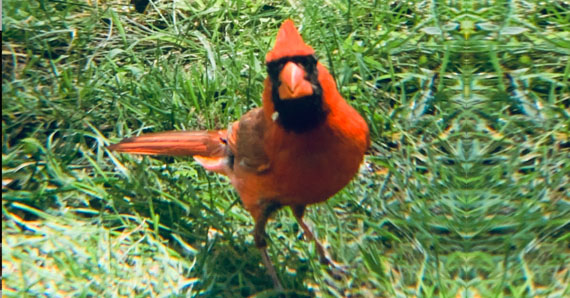 What’s funny, though, is that a lot of the people I know I.R.L., as the kids say in real life, aren’t really matching up with the newsfeed I’ve been scrolling. Friends who seem so happy with their arms wrapped around each other for the world to see can be pretty brutal when describing each other offline. Kids who are always in great spirits in still imagery can be pretty rotten when you’re making small talk during a chance encounter with their parent in front of Target. The house that was so pristine in their photo album titled, “Dream House”, is crumbling around them.

The worst part? They don’t even look like a real chipmunk. What the heck? Where’s the nose, Rudolph?

Full disclosure – I get it. I’m not a chipmunk either. My house today might be awesome, but I’ve had more than my fair share of burst pipes and broken dreams. I’ve lost pets and had loved ones simply become “ones”. My kids aren’t smiling all day. No one’s kids are smiling all day. If they were, that would just be creepy.

It differs from the smiling face splashed across my social pages. I’m real and gritty and flawed. You are too.

Don’t get me wrong, what I post is still all me. The things I put out there for friends to click that little yellow emoji hugging a heart beneath aren’t disingenuous. It’s my highlight reel – the snapshots of a reality that includes it, but isn’t exclusive to it.

They’re not being posted to make anyone feel bad, either. I’ve stared at an image showcasing a humongous family gathering on Christmas Eve and focused on how that made me feel personally. I’ve felt that effect. I’ve had the FOMO or whatever. I get it.

Hopefully, no one ever posts with that in mind and, in many ways, it’s just a byproduct of a sharable world. We want what we don’t have and, when someone else has it, it can sometimes sting. That doesn’t make the act of sharing terrible. Rather, it’s a basic part of who we, as people, are.

Personally, I share online in an effort to put my best foot forward, not to convince you that I don’t have another foot behind it. For me, all of it is a small part of a big picture, but these are some of my favorite parts. I want you to see that. That’s why it’s there.

Don’t get it twisted, though. It’s not my life in full. Don’t let me give you the impression otherwise.

And don’t worry. I won’t let you give me that impression either. I know. It’s not all you are. It’s a game of show-and-tell. It’s an escape. It’s an obsession. It’s a fun way to kill time. Whatever it is, social media isn’t the complete you.

I like your pics, though. Like mine too. They’re memories from the best parts of my day and the best days of my life.