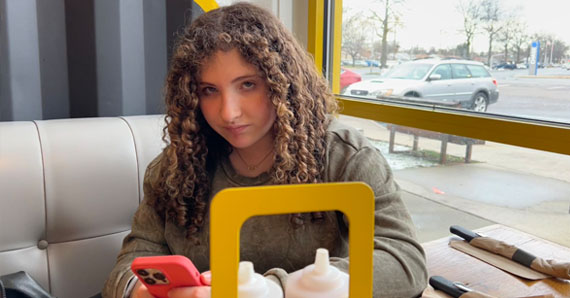 When I say that it’s important for me to be seen as “cool” by my thirteen-year-old daughter, I can feel the disapproving glares. It conjures up a lot of false thoughts and doormat assumptions. To some, that statement means I let her do anything she wants.

In reality, it’s the opposite. I don’t. Rather, being “cool” isn’t about throwing rules out the window, but letting my kid know why those rules are there. I give her respect, privacy, and explanations for my expectations, instead of demands. I anticipate and work through the apprehension she might have to things that we, the adults, see as obvious necessities of life.

Money management is a big part of that. When I moved from my former marital home to the one I’m in now, bringing the kids with me for half of each week, I wanted my daughter to learn about the value of a dollar. For so long, she would simply ask for cash and most times she’d just get it. That had always been an issue.

That’s how I sold her the idea of chores. Every week, she has jobs around the house and every week she gets paid for them. I make sure that she recognizes the need for this system, not just for me, but for her.

Do you see why work is important? This is your money. You earned it. You don’t have to beg or plead. It’s not a favor. It’s yours. You get it. End of story.

She’s on board with that because that’s what teenagers want to hear. It works better than stamping my foot down and screaming, “We earn things in this house!” It’s her chance to get what she wants without asking permission. What teenager doesn’t want that? 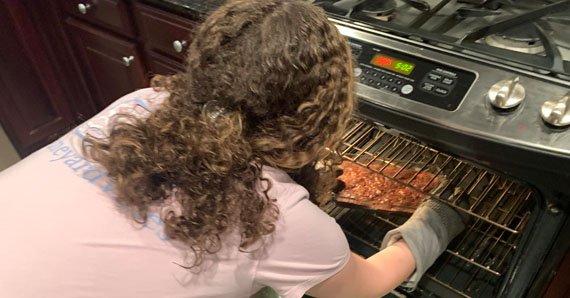 Money is just a part of the overall equation. When you’re raising a teenager, it’s easy to suddenly become the object of scorn. There are days when she’s just not in the mood to watch TV with me or have dinner conversation. There was a time when I would harp on that.

Are you OK? What’s wrong? Are you mad at me? Why aren’t you talking? Is everything OK? What did I do? What did I even do?!

The more I asked, the more she pushed herself away. I started to realize that, so I changed my approach.

You alright? Yeah? OK. Let me know if you want to watch television or something. I’m going to be downstairs.

That’s it. Whether she’s dealing with personal drama or just feeling moody, I’ve accepted that sometimes it’s not about me. It’s about her. A closed door isn’t a personal attack. It’s a thirteen-year-old being a thirteen year old. These things come in waves. She might be my best friend tomorrow. I just have to wait it out. We all have days like that, no matter our age.

No one wants to be pestered by some thirsty goober begging for friendship. It doesn’t matter who it is. If I want to be someone she confides in, I have to show her that I’m here for her when she needs me, rather than chasing her around and begging for her attention.

Also, I knock on her door, whether it’s slightly open or completely closed.

Respect is a two way street too and I remember that when it comes to the things she has in her life. Her music, her programs, her social media, and her friends are all her things and I don’t mock them. Rather than claiming I “don’t get it” or telling her about how much cooler my Commodore 64 was as a kid than her smart telephone applications, I try to learn about the things that she likes. I share funny memes with her online and I thumbs-up her TikToks, an account I have simply for doing that. For her, I understand the things I don’t understand.

By accepting her world, she allows me to be a part of it. As she grows up and that world gets more complicated, the work I’m doing now will let me be a part of it then too. She’ll allow me to be her dad when she needs her dad the most.

The most important part of this whole process? Whatever she tells me and whatever is happening behind the scenes, I don’t flip out over it.

What does that mean? It means that I don’t listen to her problem with a teacher and immediately threaten to call the school. There are no embarrassing confrontations with parents, faculty, or other kids that she has to plead with me not to take part in. She needs to trust that I’m here to help her through the tough times, instead of making them tougher because I have to go into crazy parent mode simply to make myself feel better.

Guiding your kids through the difficult moments isn’t easy, but it’s impossible if they don’t tell you what those difficult moments are. If I call the parents of a kid she has conflicts with or leave an angry voicemail for the principal over small stuff, she won’t come to me when things are major. She’ll see me as someone she can’t trust or, even worse, someone who “doesn’t get” how things are for a kid her age in school.

I get how things are. I lived those days and I tell her stories of my times back then, especially the ones that don’t paint me in the squeakiest and cleanest light. The pitfalls she faces aren’t exclusive to her and the father she can turn to for help isn’t some beacon of perfection looking to judge her. I’ve been through the same stuff. In many cases, I blew it. That’s how I can offer her real advice that she sometimes takes. And sometimes doesn’t.

If she takes advantage of that kindness or lies to me, I react accordingly too. There have been punishments and angry words, but not much. There haven’t been many reasons for them. I get this kid and she gets me. The rules are defined, and we both abide by them.

That’s what a cool dad does.

THE CLEVER WAYS I ANNOY MY CHILDREN